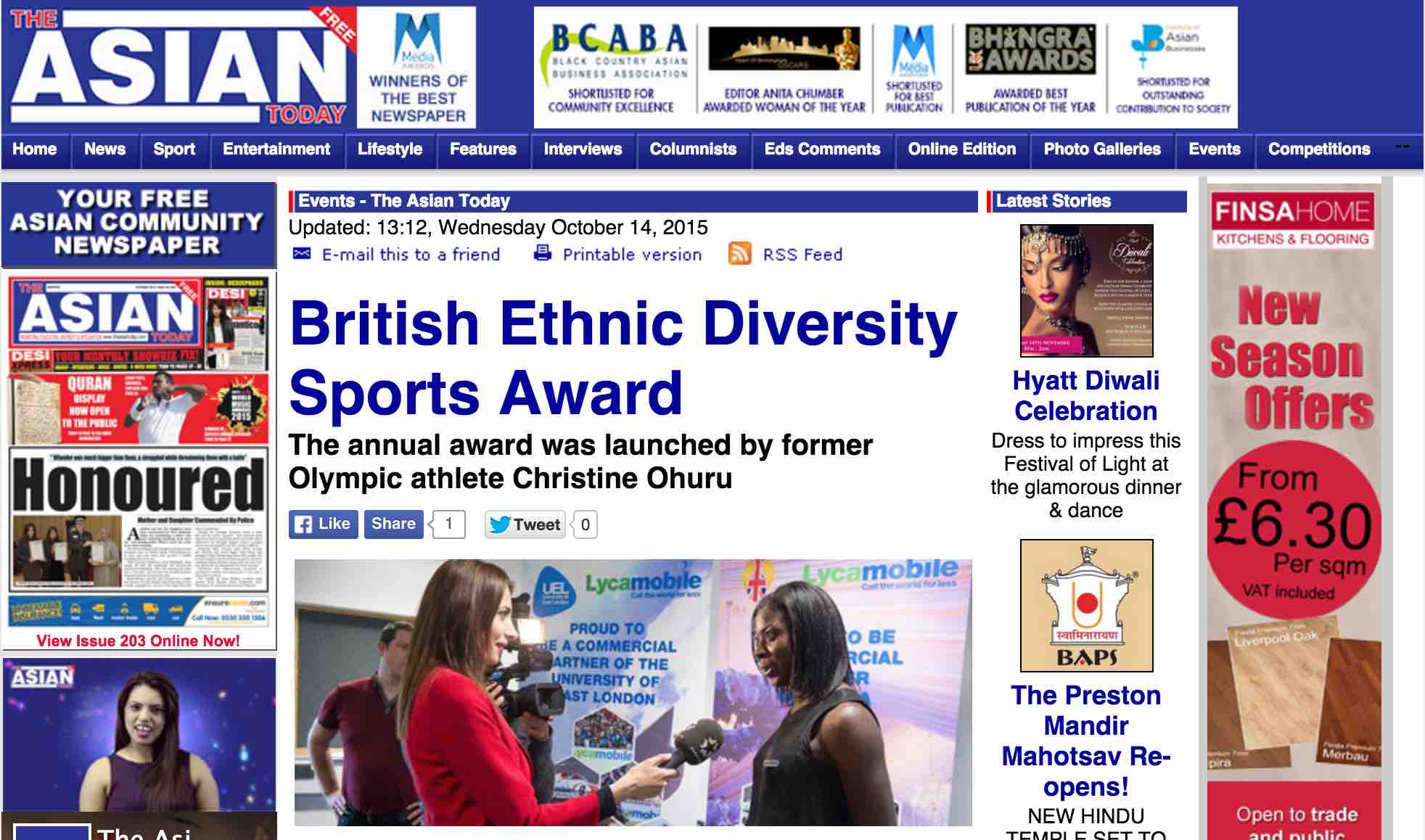 The official BEDSA website was launched, and the opening of award categories to accept nominations from the public. The BEDSA launch event will take place at the SportsDock, University of East London, which encourages young people to take part in sports legacy activities and is supported by BEDSA and Sporting Equals. All proceeds from the awards will go to a BEDSA Awards legacy programme, which will support these rising stars, as well as increasing participation in sports.

Christine Ohuruogu, said: “It’s great the BEDSAs are back. Events like this are vital to increasing diversity in sport and highlighting the talent out there. It is about making young people believe and push themselves to achieve.”

There will also be a special ‘Lifetime Achievement’ award presented at the BEDSAs which will recognise a top-class athlete involved in extraordinary social responsibility work for vulnerable and disadvantaged groups through sport.

Sponsored by Lycamobile and founded by Sporting Equals, the awards ceremony will be held at the J.W Marriott Grosvenor House, Park Lane, London on Saturday 6th February 2016 and will bring together sporting celebrities, grassroots sport and sporting organisations.

Sporting Equals Chief Executive Arun Kang, said: “October is an opportune time to launch such prestigious awards; it is Black History Month, and we want to acknowledge the contributions made in sport by Black, Asian and Minority Ethnic people from Britain. BEDSA’s are all about recognising the great achievements by BAME communities locally, nationally and internationally but also inspiring the next generation to take part in sport at their chosen level.”

Subaskaran Allirajah, the Lycamobile chairman, said: “The BEDSAs rightly celebrate the huge sporting achievements of British ethnic minorities in the UK, whilst encouraging more of the next generation to achieve the same and more. It’s a great celebration that we’re proud to be a part of for the second year, so much so that we’ve put our name to it – good luck to all nominees for the Lycamobile Lifetime Achievement Award!”

For more information or to reserve a table for the BEDSAs please visit the official awards website www.bedsa.co.uk or call 0121 777 1375.