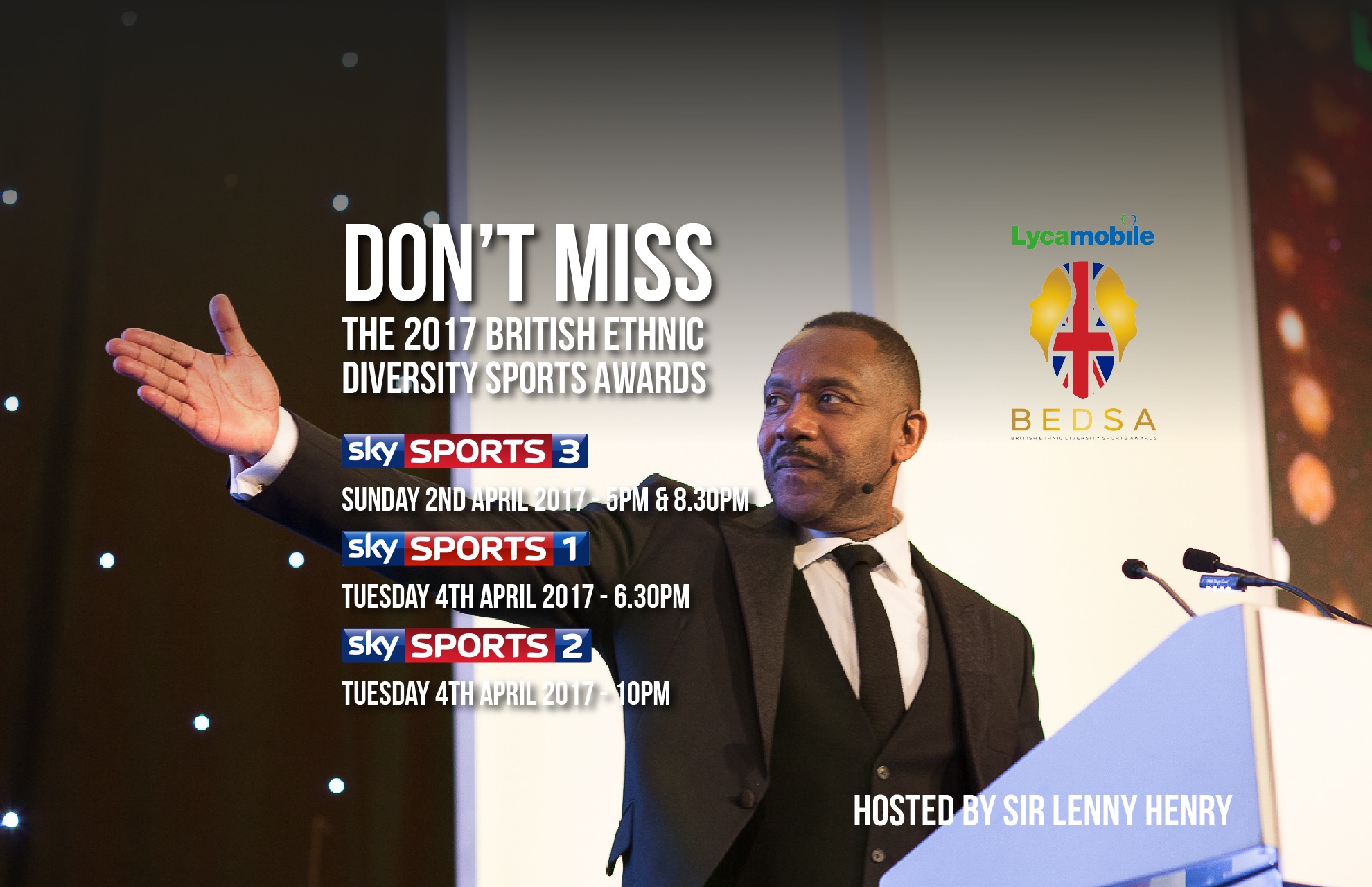 The 2017 Lycamobile British  Ethnic Diversity Sports Awards to be Shown on Sky Sports 1, 2 and 3!

The show is scheduled to air at the following times.

Hosted by Sir Lenny Henry, the BEDSA was attended by a host of celebrities including David Haye, Jason Robinson OBE, Ruqsana Begum and Many More. The Show also included a performance by London-based collective WSTRN!

The BEDSAs are designed to recognise and celebrate the contributions made by black and minority ethnic communities. The Awards will help drive change in the sport sector where more role models from more communities in more sports are a priority to increase participation.

The recognition of hard work and dedication stimulates interest and unearths talent on and off the field of play.